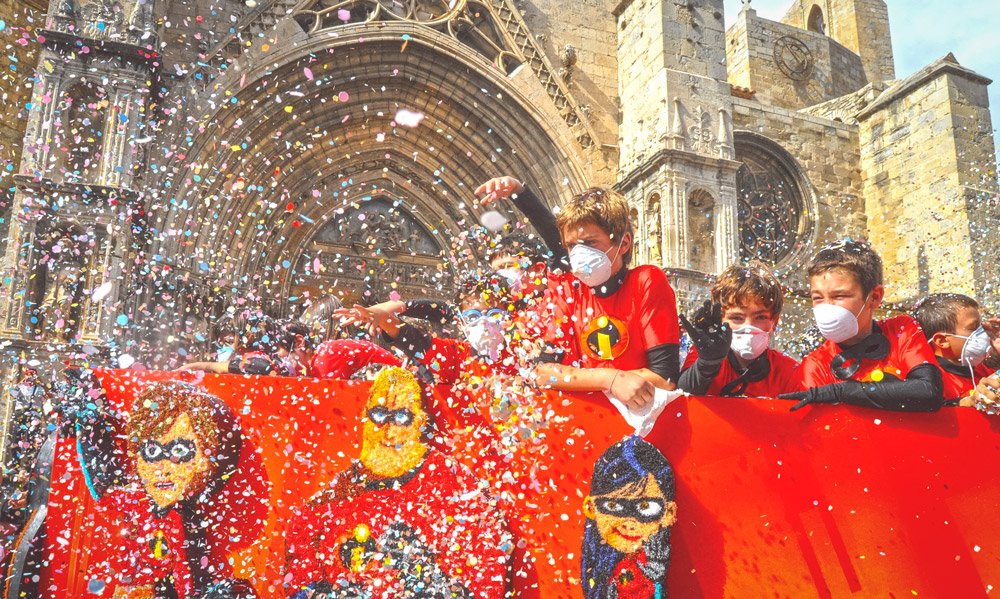 L’Anunci announces the arrival of the Sexenni. Held one year before the Sexenni, the last Sunday of August. The is to be held on 27th August 2017.

An original and unique festival, where people throw more than 50 tons of confetti, it is a real war for peace. Throughout the weekend, around 40 carriages made with the technique of curling paper, made by Morellan people during the whole year, are exposed to the town. On Sunday morning, it comes El Pregó announcing the arrival of the Sexenni. In the afternoon, at 15 hours, it begins the parade of all participants in L’Anunci. An hour later, approximately, the battle of confetti starts. Morella becomes a sea of confetti and fun.