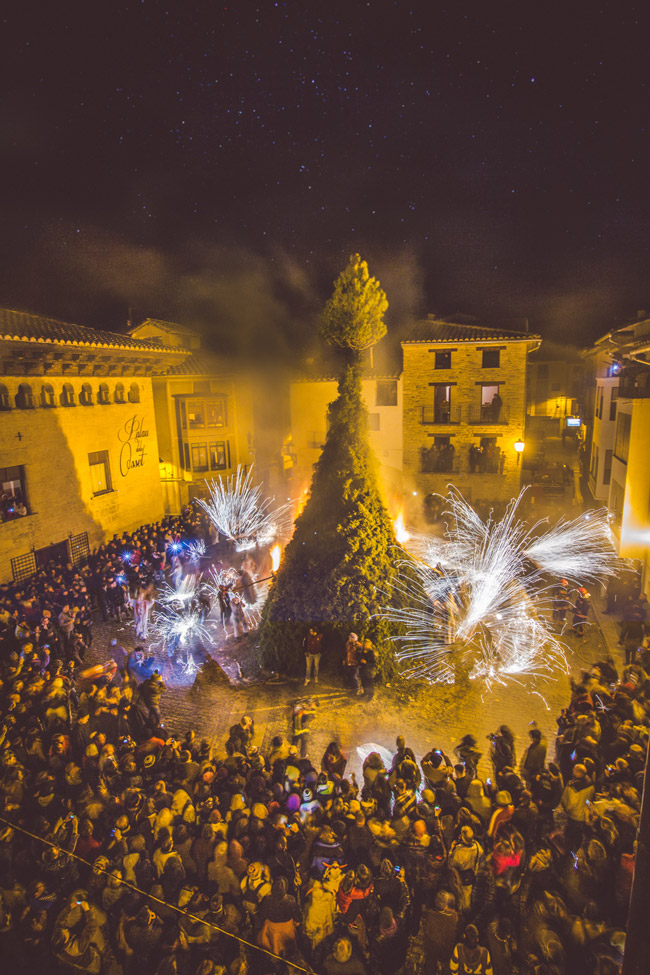 The celebration honouring Saint Anthony Abbot, known as Sant Antoni in the area, is particularly special, being one of the oldest fetivities, which dates back to medieval times. It is the principal festivity during winter, celebrated in all the towns and plenty of shared elements among them, although each one has its uniqueness. The most relevant, since it has conserved medieval elements and has the declaration of Asset of Cultural Interest and Festival of National Tourist Interest, is the Sant Antoni of Forcall, which is always held on the closest weekend to the 17th of January.

Widely known as La Santantonà, it is the festival of fire and the main festivity of the primary sector. This celebration mixes pagan rites with episodes of Christianity. The temptations, the purifying fire and the fight between good and evil are the core of all activities of Sant Antonis.

One shared element in all Santantonades is fire, understood as symbol of purification and renewal of life, burning evil spirits represented by demons. In all town squares, they set up a maio, an enormous construction made with trees and wood, on which are loaded hundreds of pounds of sprouts, forming spectacular huts. These are burned while Botargues or devils dance around.

In many villages, the play “La Vida de Sant Antoni” (“The Life of Saint Anthony”) is represented. It is a dramatisation of the struggle between good and evil, in which Saint Anthony resists many temptations of demons.

The religious origin of the celebration is present in various solemn events such as masses, processions and blessings of animals. There are also fun events and popular representations of tasks as farming, Les Grupes, in which people wearing tradictional clothes ride horses, dances and parties.

The festivities of Sant Antoni also have the typical pastries. As a matter of fact, the majorals, people in charge of organising the festivity, are to harvest pumpkins and prepare a jam to fill dough, which is made from flour, oil, sugar and aiguardent, the traditional liquor.