One of the most beautiful villages in Spain

Crowned by an imposing and unassailable castle and surrounded by 14 towers and 1.5 km of walls, Morella breathes history in every single corner. Getting into the town center through any of its six gates, means travelling to the Middle Ages. It treasures numerous unique buildings, intricate streets or temples which are real jewels, indeed. For instance, the Archpriestal church, widely known as Basílica  Arciprestal Santa Maria la Major. It is also essential to visit the castle, witness of numerous historical events and battles. However, needless to say that Morella is much more than that, since it has an inexhaustible heritage, legacy of an impressive history. From prehistory to the present, with dinosaurs, cave paintings and archaeological remains from the Neolithic, the Islamic period, the Reconquest, the medieval splendor, the Carlism until our modern times. Furthermore, Morella has a large municipal area, where both locals and foreigners can enjoy unique landscapes in beautiful locations, shelters in the very middle of forests or a wide variety of active tourism.

ONE OF THE MOST BEAUTIFUL VILLAGES IN SPAIN

The Castle: military fortress located on top of a hill, which has witnessed the passage of numerous civilisations and countless wars that have left their mark. It offers astonishing views of the landscape

Palau del Governador: This palace that receives the name of the governor, was built using a cave known as Cova Major. In it, you can visit the exhibition “The Castle, a story of future” and various Neolithic remains are found there.

Basílica Arciprestal Santa Maria la Major: Splendid example of Gothic religious art. It features  two majestic porticos outside. Of particular beauty are the choir, with its unique spiral staircase, the Baroque altar and the organ, considered to be the most important one of the Valencian Community.

Town Hall of Morella: Civil Gothic building that has the Europa Nostra Award for its restoration. Of special interest are the two Gothic rooms and the ancient market.

Convent de Sant Francesc: This former convent of Franciscan friars has a church and a beautiful cloister with arches of great architectural elegance. Inside the Profundis Rooms there is a real gem of macabre painting: La Dansa de la Mort, or The Dance of Death. It is currently the start of the visit to the Castle.

Aqueduct: Built in the 14th century, it is a true work of hydraulic engineering. Today, two differents stages that allow us to see how water was carried are preserved.

Blasc d’Alagó Street: street with porches and a special appeal. Also known as “la plaça”, or the square, because the market is placed there since medieval times.

Manor Houses: Morella has plenty of manor houses witness to the life of the Morellan nobility and bourgeoisie with suggestive façades, including the Ciurana, Piquer, Marquès de Cruïlles or Suñer, Currently the Hotel Cardenal Ram.

Museum Temps de Dinosaures: It is time of dinosaurs, so enjoy this collection of paleontological remains found in Morella. The figure of the Iguanodon dinosaur is the main character.

Torres del joc: Twin towers from the 15th century with octagonal base with a bridge as link, which constitute the most monumental entrance to the city.

Gothic rooms of the City Hall of Morella. 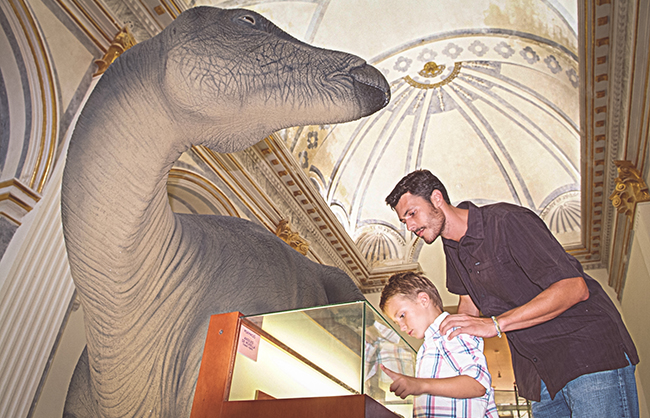 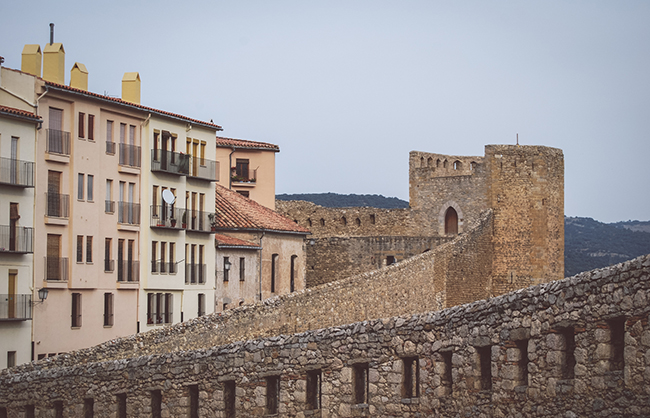 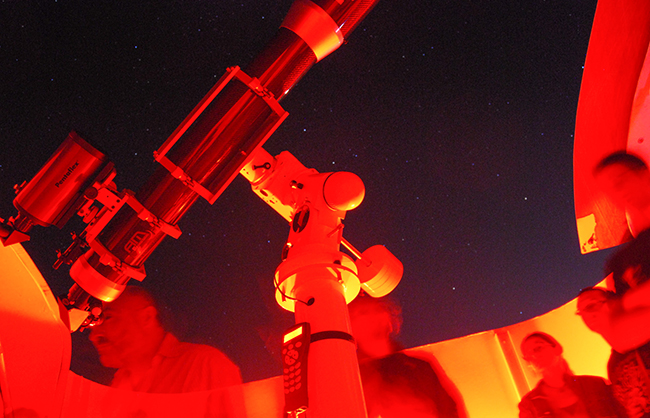 PAST AND PRESENT. HISTORY AND MODERNITY

Morella has plenty of churches both inside the town and throughout the municipal area. Manyof them have been transformed into public spaces, such as San Miguel, which houses the healthcare center, or the Sant Nicolau, which is currently the Museum of the Sexenni (now closed).   Both Basílica Arciprestal Santa María la Major and Convent de Sant Francesc can be visited. In addition, throughout the municipal area there are many shrines, which are visited in the cycle of “Rotllos i primes”, a tradition in which after a pilgrimage you receive a traditional pastry. 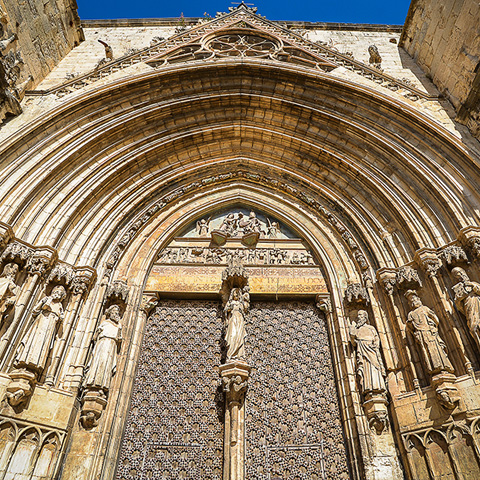 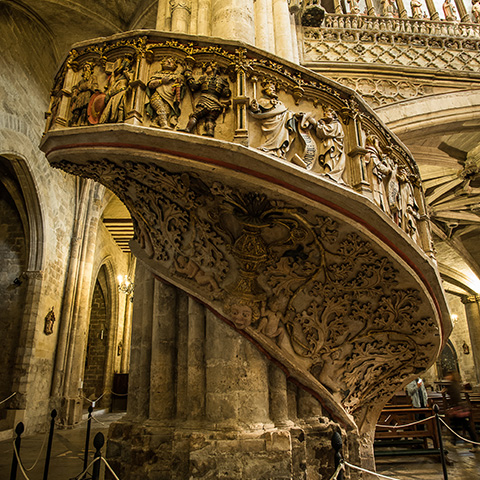 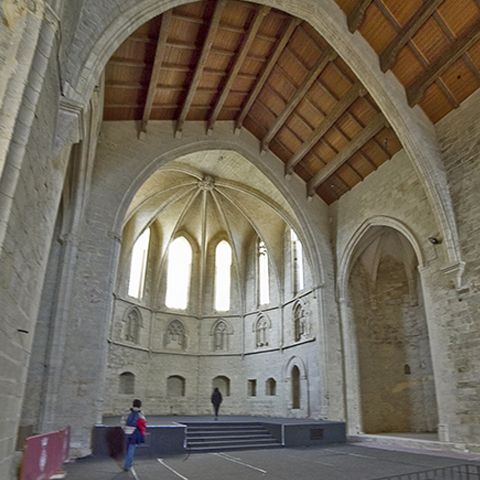 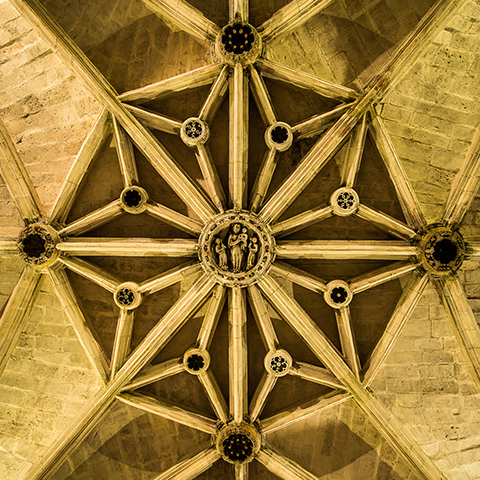 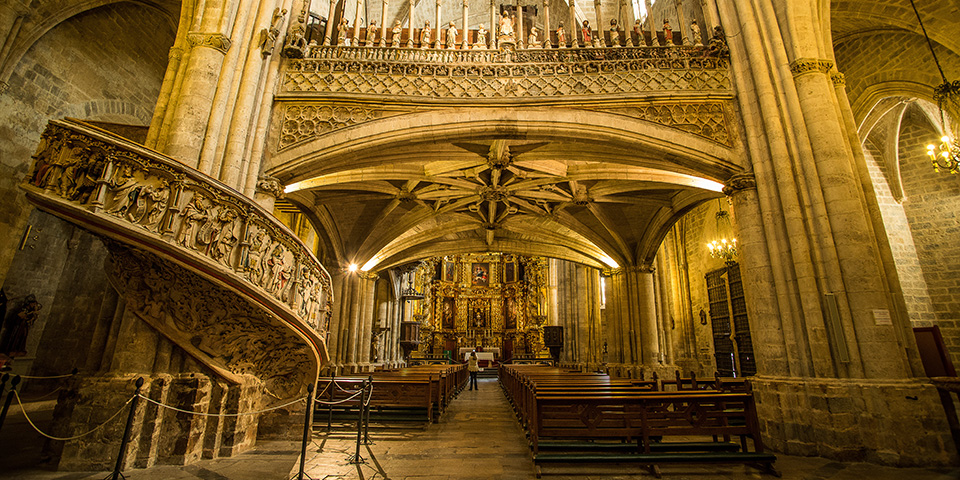 Saltapins, an adventure park: Adventure circuit set in the complex of a former factory known as Fàbrica Giner (4 km from Morella), where you can walk through the trees on bridges, footbridges or zip wires.

Fàbrica Giner: Old industrial complex turned into different tourist facilities. There, visitors find a hostel, a rural house, sports facilities, playgrounds or even a horse riding area. Located in an outstanding location, by the river Bergantes.

Morella la Vella: These rocky shelters keep interesting prehistoric cave paintings, hunting scenes, which are a World Heritage. It is 4 km from Morella in the road to Xiva.

Villages in the municipality: Xiva, Herbeset, La Pobleta and Ortells. Small towns located in a picturesque landscape of great interest.

Pereroles: One of the most iconic natural spaces in Morella. 13 km from Morella, by the access to the N-232 in Torremiró, combines spectacular natural surroundings, the calmness of the mountain, the experience of staying in a shelter and the possibility of living intense adventures, such as mushrooms-picking, hiking tracks or mountain bike tours.

Albereda promenade: a green area inside Morella, with plenty of playgrounds and no driveway. Ideal for family holidays or with pets. 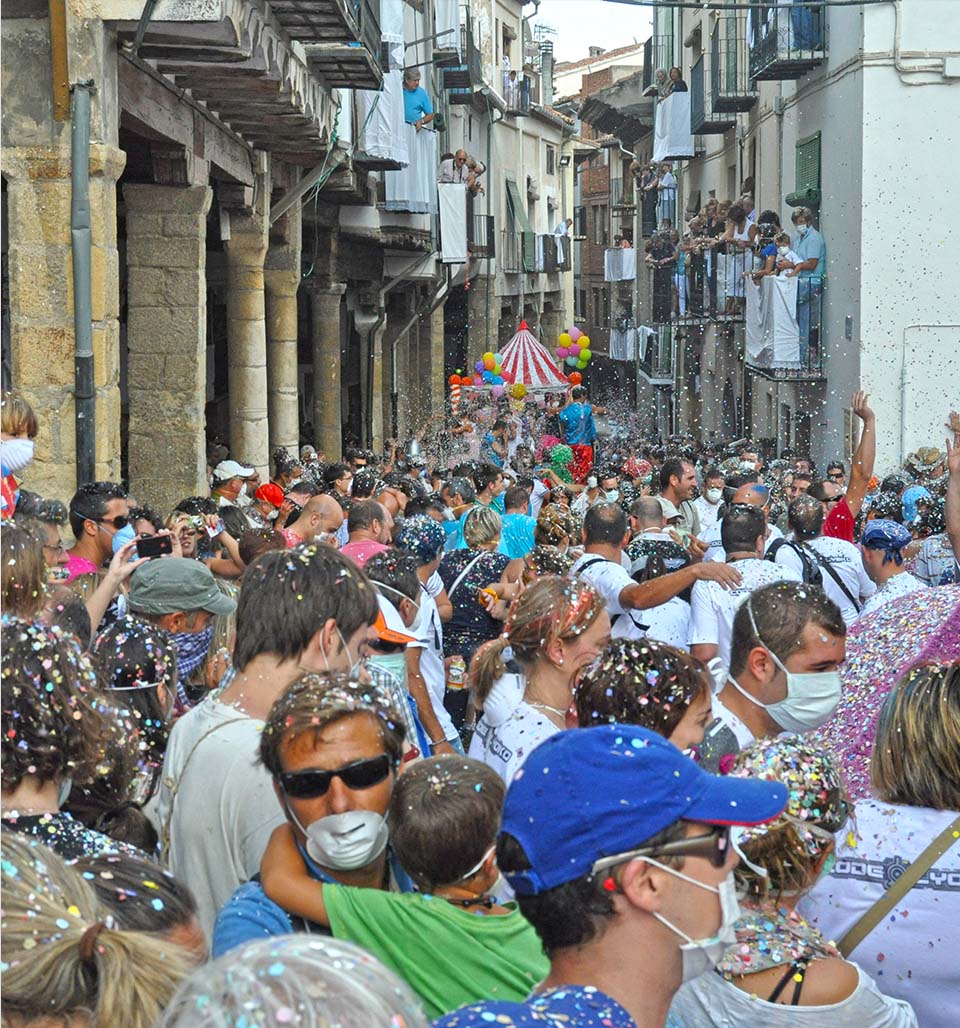 The previous year to the arrival of the Sexenni, Morella announces the arrival of this celebration. In the morning, a mass takes place, and also the solemn proclamation of the village, El Pregó, which expresses the intention to fulfill the vote. In the evening, it takes place an original and unique festival, where people throw more than 50 tons of confetti, an authentic war for peace. Throughout the weekend, around 40 carriages made with the technique of curling paper, made by Morellan people during the whole year, are exposed in the town. It is a war of peace and fun.

It started in the 17th century, when the civil authorities of the town swore a vow to the Virgin of Vallivana to express thanks after getting rid of a terrible outbreak of plague. The vow was the commitment to hold a solemn Novena every six years in honour of the Virgin. In this celebration, the streets are adorned with spectacular decorations made with curled paper, which involve working during the whole year. The guilds, or gremis, organise the celebration and dancers walk through the streets with their impressive costumes and dance steps. The city lives its peak moment of splendor and it is an authentic living museum.

Date: Every six years. Next, the second half of August 2018.

The fire becomes the main protagonist of the winter holidays. In Morella, the life of Saint Anthony Abbot is performed and a large bonfire is burnt on Friday. On Saturday, formal occasions take place with the performing of El Contrabando, in which they represent contraband and old agricultural labours.

Date: The weekend after the 17th of January.

Party that retains its critical tone, and with plenty of freedom in the organisation, as rule.
Date: First Saturday of Lent

Among the religious events of the Easter Week, it stands out the austere and solemn processions. On Holy Thursday, the curolles carry in their hands a symbol of a passage from the Passion of Jesus. On Holy Friday, they celebrate the procession of the Lord’s Burial.

Pilgrimages, and cycle “Rotllos i primes”

Spring is time for prayers in Els Ports. From Sant Marc to Sant Cristòfol (April 25th-July 10th), several pilgrimages take place. The main pilgrimage is La Rogativa on the first Saturday of May, when people from Morella go to Vallivana to venerate the Virgin.

One of the oldest of the whole Valencian Community, dated in 1358 and following the guidelines of Valencia’s, was created only three years later. Held on Sunday, on Saturday La Degolla is celebrated, when people dressed in white, especially children, represent the Massacre of the Innocents.

Peak moment in terms of participation during the whole year, with Els Pelegrins, a dance with children dressed as pilgrims, bullfighting events, parties, bands, music, lunches and dinners …

Celebrated in May and despite its short life, it has become a reference for lovers of hunting tourism.

Morella organises one of the oldest fairs. This was granted by James I The Conqueror in 1257, and has more than seven and a half centuries of history. It combines tradition in livestock and promotion of products and services of the town.

Competition that allows enjoying MTB, with a semi-urban circuit.