A town with medieval charm

Olocau del Rey is one of the entrances to Els Ports. Its location on the old road from Cantavieja to Todolella generated its town center and gave it a crucial geographical position. Its castle from the 11th century is located on  top of a steep hill at 1,199 meters, controlling the land. Nowadays, there are some remains of the ancient walls and a circular tower.  Olocau has plenty of monuments and palaces of interest in its urban area. Among them, the Church of Santa María del Pópulo, from the 13th and 14th centuries. The medieval pastof the town can be noticed in other paramount buildings such as the shrine of San Roque (19th century), the Town Hall, the prison, the palace El Palau de la Figuera palace, La Llotja de la Llana -the ancient wool market- or Gothic houses. The baking house from the 13th century is one of the three oldest in Valencia, alongside Herbers and Forcall, and today it can be visited since there is a museum inside. In addition, the shrines of La Magdalena, San Blas, La Naranja and San Marcos are valuable examples of religious architecture.

BUILDINGS FROM THE 16TH CENTURY OLOCAU

Town Hall: From the 16th century and located in the main square, it is a restored historical building, built in masonry stone, with three floors.

Castle of Olcaf: Declared Asset of Cultural Interest, this castle of the 11th century is located on the top of a steep hill at 1,199 meters, controlling a vast land. Today there are some remains of walls and a circular tower.

Jail: From the 16th century, it consists of two rooms, one of them under the ancient nevera, the place designed to store goods as food thanks to snow. It has a small drain hole that resembles a medieval torture room.
Casa Marques Figuera: Built on two floors of masonry, this house has two keystone doors on the ground floor and three rectangular windows with Gothic carpentry on the upper floor.

It has a broad eave with three lines of brackets; Arabic tile roof. It stands out the access to vehicles, with the protection of two pieces of masonry with zoomorphic forms (snails).

Exhibition Museum located in the renovated building of the ancient baking furnace.

This building has a small room and three Romanesque arches, located in the rear of the Confraria. There you can see the book known as ” Llibre del Mustacaf ” and some extracts, with all the lawsuits that they historically had against Morella, until the town became independent in 1691. 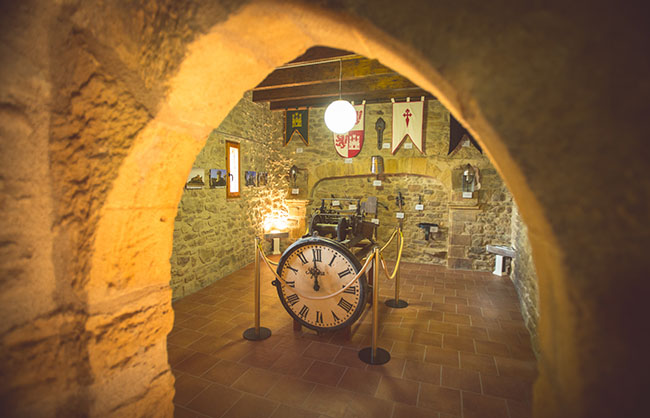 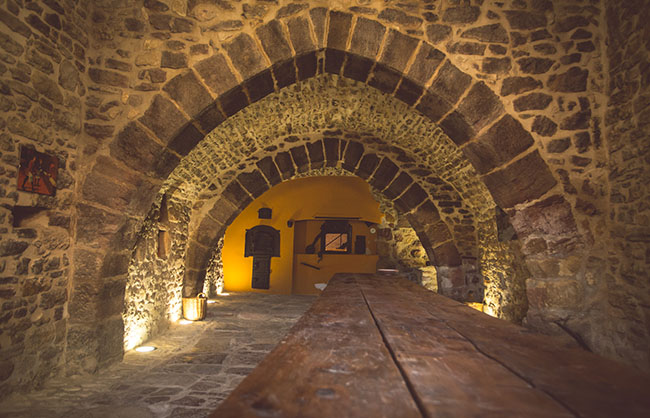 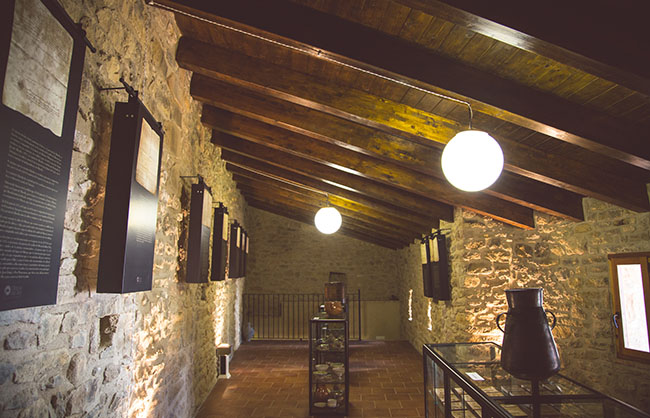 Church of Santa María del Pópulo (13th and 14th centuries). The Romanesque portico deserves to be admired, but it has Baroque ornaments made in plaster and graphite decorations from the 18th century inside, above the construction of the Gothic nave with side chapels and crossing with a dome. It conserves a Romanesque Gothic sculpture of the 13th century that represents a Virgin known as Virgen de la Naranja, the true treasure of the town so named since the Virgin holds an orange, or naranja in Spanish, in her hand, and the child on her knees. 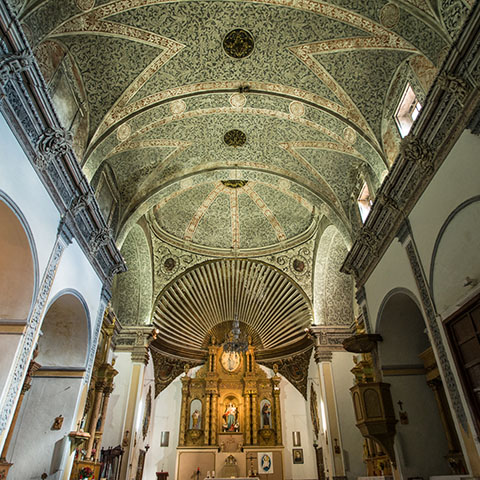 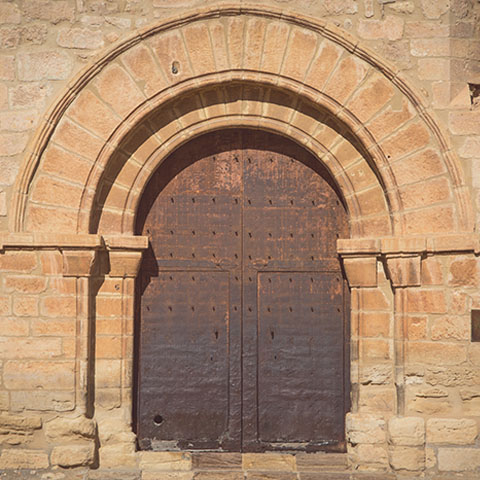 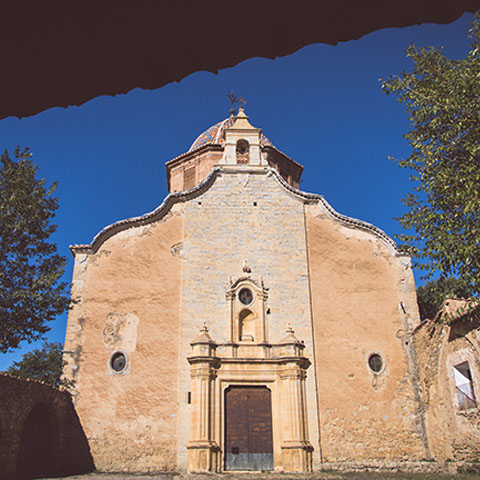 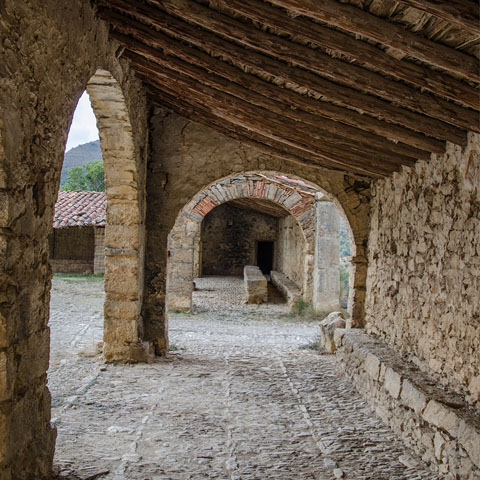 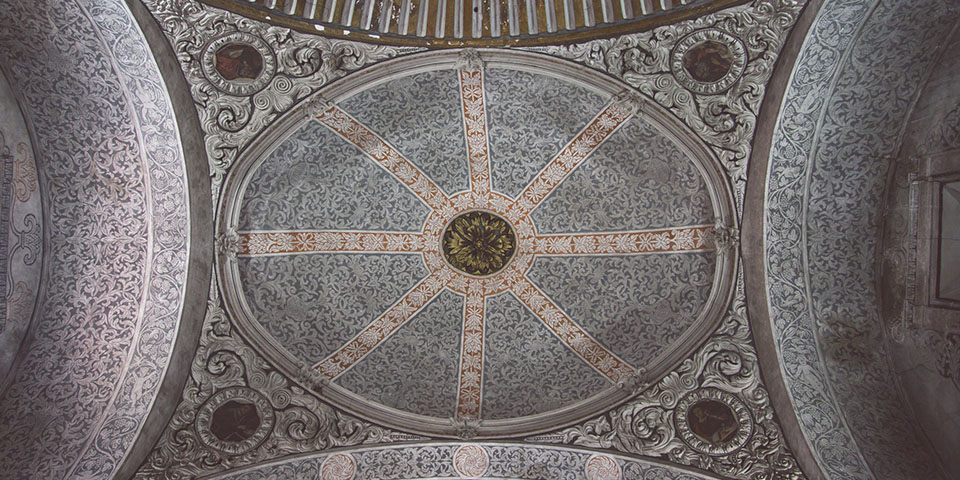 San Marcos hermitage: (15th-16th centuries). This shrine located near the rivers Cantavieja and Tormos, has an enclosed ground, with Romanesque arches and cobblestone paving in the middle. For years, it hosted major trade fairs.
San Blas hermitage: Little shrine with a rectangular nave attached to the old cemetery. Built in the 15th century, it was modified and covered with bricks in the 18th century.
La Magdalena hermitage: Primitive shrine of four galleries, arches, visible buttresses on the outside on which rests the gabled roof. 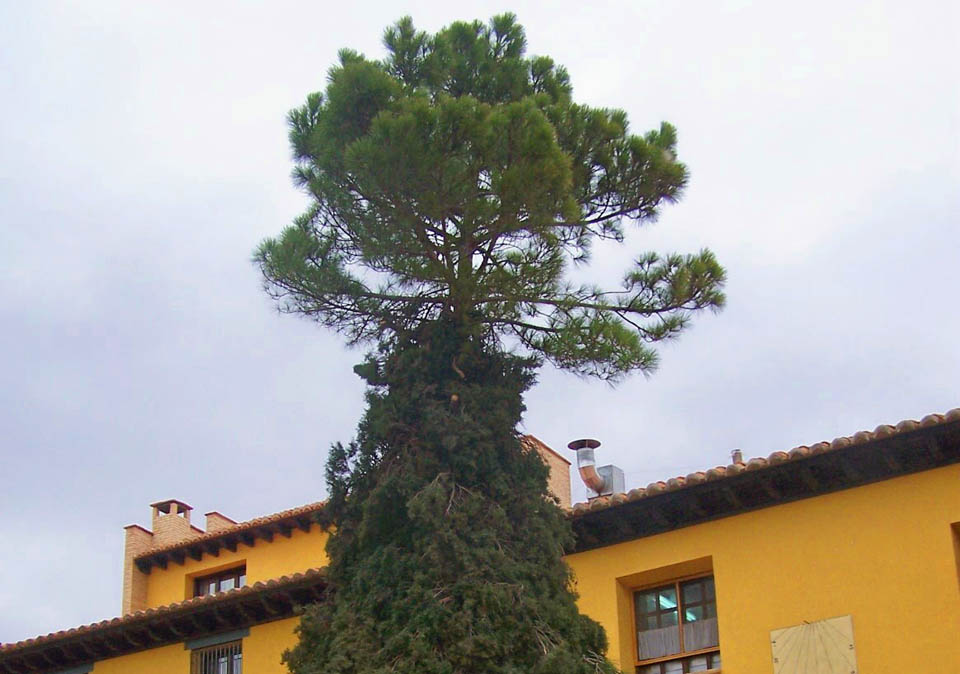 Main celebration of winter, which has fire as protagonist
Date: January

Once spring arrives in Olocau, several pilgrimages and prayers are made. Among these is that of the Virgin.
Date: second Sunday of May.

Every four years, people from Olocau take the image of San Marcos to the village, programming different religious and pagan acts.
Date: November 24th, every 4 years.

MBT Trail: In Olocau, they annually hold a MBT Trail in which you can enjoy the scenery of this area. Date: September