Being the second largest town in Els Ports, Vilafranca is located in the eastern foothills of the Iberian System, at 1,126 meters. It has a rugged terrain with altitudes ranging from 730 to 1,656 meters, the highest point in the whole region. In fact, its mountainous enclave is what makes this area rich in terms of wildlife and variety of flora. In the municipality, there are places of great geological interest and scenic charm as the ravine Barranc de la Fos, the caves of Forcall or the forest Palomita. Visiting Vilafranca is going back in time and diving into the rural life of yesteryear, in order to discover an architectural asset of great value: the dry stone. These structures made only with stones and the hands of locals have transformed the landscape and left an impressive legacy. In Vilafranca, there are hundreds of kilometers of dry stone walls, walkways, paths, houses and shelters among others. To learn more about this technique, it is paramount to visit the museum of la Pedra en Sec. The old town treasures charming spots, which differentiate the old Vilafranca from the new one. Outside the village, you can discover places like La Pobla del Bellestar or El Llosar.

A TOWN FULL OF LIFE

THINGS TO DO IN VILAFRANCA

Town Hall: Of the 13th and 14th centuries, it is a building with several noble rooms, with impressive caisson ceilings made of wood and Gothic windows. It houses the tourist office and the museum of Vilafranca.

Portal de Sant Roc (16th century): The medieval walls of Vilafranca had four entrances. The only survivor is Sant Roc, which made possible the access from Benassal. Inside it, there is a small chapel consecrated to Saint Roch.

Hospital de caritat: This charity hospital is a medieval building built to deliver health care and assistance to the people in need, the poor and pilgrims.

Brusca’s ancestral house: This manor house belonged to the Brusca family, a noble, powerful and influential family who had the most important positions in local government during a long period.

Peñarroya’s ancestral house: Mansion with humble external appearance, with a door with a keystone and the coat of arms of the family that gives its name to the house. It has a ceramic panel that reminds how Juan Bautista Peñarroya achieved the independence of Vilafranca from Morella.

Art Nouveau houses: The textile industry is the most important reason why Vilafranca has a surprising urban perimeter, with historic and modern parts. In the late 19th century and early 20th century, a small local bourgeoisie emerged, enriched by industrialisation, which can be seen in various Art Nouveau buildings like the houses of Álvaro Monfort or Julio Monfort. The Pharmacy or “El Moderno” are also Art Nouveau buildings with great value.

Old school of la Consolación: First of the 28 foundations in Spain made by the Reverend Mother Sister Juana Tena Gascón. It was founded in 1901. In 1921, the nuns moved to the new school and convent until in 1972, when they moved from Vilafranca and it was closed.

Gothic bakehouse: Building with an architecture that responds to the so-called reconquest style, with a succession of diaphragm arches, on which rests a wooden roof. It is currently owned by the Cooperativa de Agroturismo Vilatur Coop.

Pedra en Sec Museum: Located in the former market of the 14th century, it has its right wall covered with pointed arches and Renaissance pilasters on the left side. The museum gives visitors the opportunity to discover the world of dry stone architecture, its techniques and its uses thanks to a tour through panels, models, recreations and projections.

Ancient Town Hall: The ancient Town Hall is a building of the 13th and 14th centuries. It houses the tourist office, an itinerant exhibition hall and two other rooms with a collection of mineralogy and paleontology. It is preserved a Gothic altarpiece of la Verge del Llosar, commissioned to the artist Valentí Montoliu which is considered an authentic jewel. 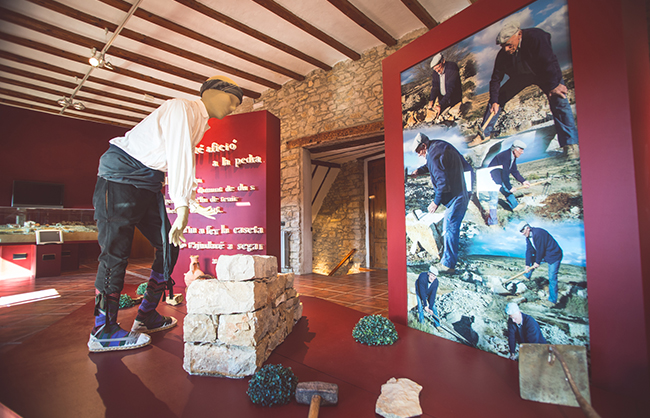 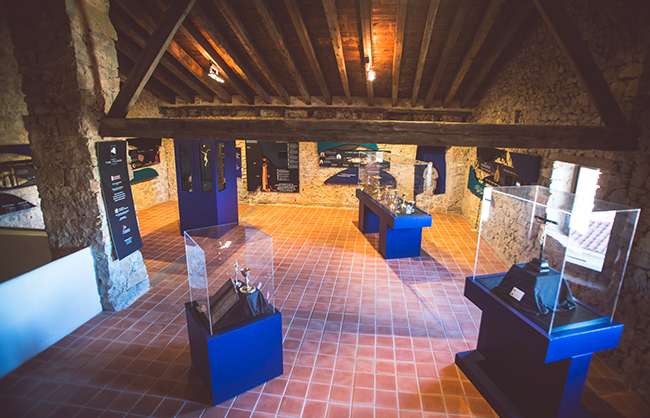 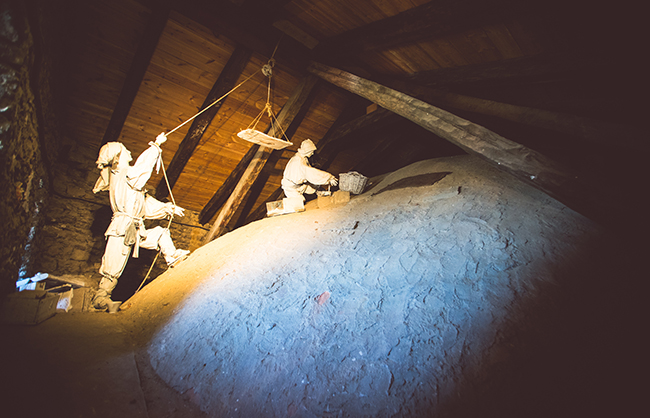 Santa María Magdalena church, Tower of Conjurar and Parroquial Museum: Nice church of the 16th century with a Plateresque style which combines Gothic and Renaissance elements in perfect harmony. At the rear, there is a tower with merlons, which forms a single structure with the rest of the building and gives the peculiar aspect of fortress. Inside, there is the Museu Parroquial, a parish museum, where you can admire an interesting collection of works of art.

Santuari de la Verge del Llosar: 2 km from the town. Interesting architectural ensemble formed by the church, the inn, the porch, and pens. Sanctuary built on the site where, according to tradition, the Verge del Llosar was found. 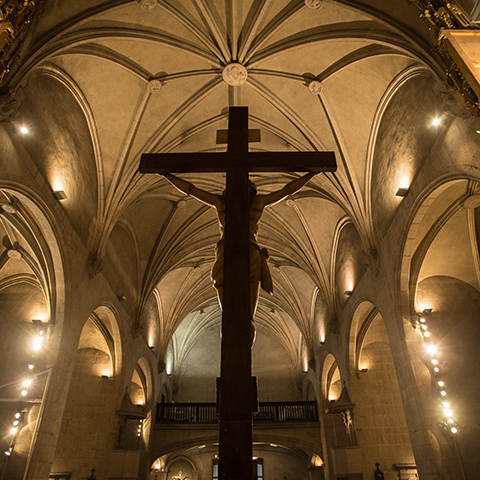 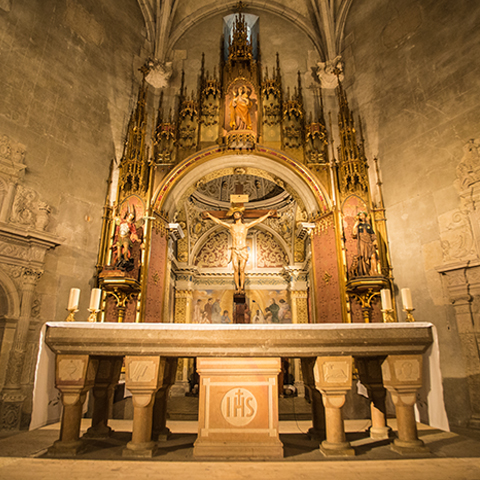 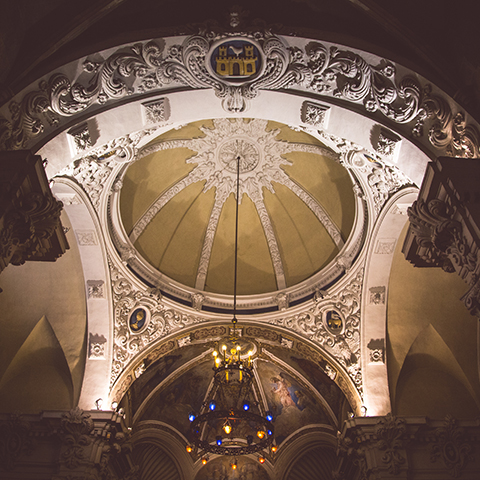 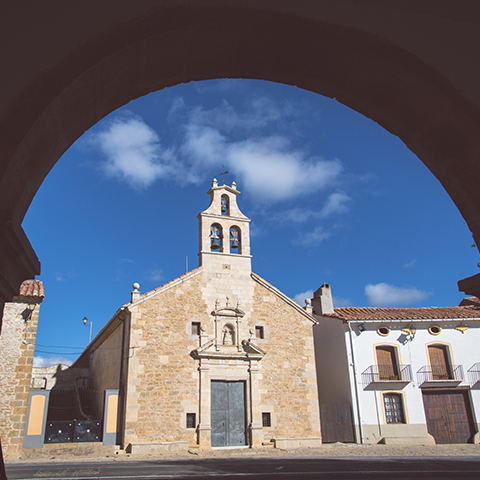 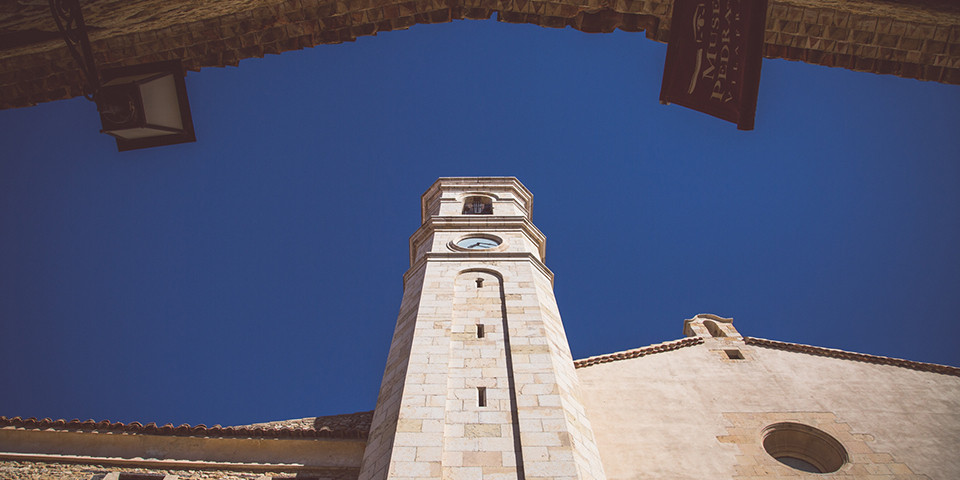 Ermita de Sant Roc: (Beginning of 13th century). Shrine with a slim silhouette, with an arcade on the main façade, robust buttresses and a single nave.
Ermita de Santa Bàrbara: From the late 18th century, an example of a shrine reduced to the minimum size, with three naves at the same height and crossing covered with dome.

PLACES WORTH VISITING IN VILAFRANCA

Dry stone paths: Vilafranca has three routes that are distributed throughout the municipality, which are perfect to admire the landscape full of stone and to understand the effort done by the locals: “Les Virtuts”, “La Parreta” and “El pla de Mosorro “.

Barranc de la Fos: the most important revine in Vilafranca for its scenic beauty, wildlife, flora and ethnography. Deep valley with steep slopes, in which it highlights the agricultural exploitation it had in the past.

Coves del Forcall: these caves are elements of a very attractive natural environment, indeed. Stratified limestone formations capriciously molded by nature throughout the passage of time. There is a set of 16 cavities, hanging on a rocky mass of 200 meters, with deep caves and simple shelters. It can be accessed in 45 minutes by a footpath from Vilafranca.

Forest of Palomita: formation of trees, mainly pines, which creates a moist microclimate, which gives shelter to numerous plants and more than 25 rare and endangered species. In ancient times, it was a place worked by farmers.

Tossal dels Montllats: Highest mountain in Vilafranca and one of the highest in the Valencian Community. An enoumous variety of landscape diversity, forests of pine and wild oaks, growing areas and meadows. From here you can see excellent views.

Riu de les Truites: one of the best intact river beds of the Valencian Community, in an environment of great beauty and ecological value for its flora and wildlife.

La Pobla del Bellestar: one of the finest examples of rural medieval architecture in the Valencian Community. Among the various buildings and ethnological elements, they are worth mentioning the shrine of San Miguel, the gothic bridge, tower known as Torre diana dels Brusca, the mill and the pond.

Climbing: La Gotera is a fully equipped space where you can practice climbing in the routes that are indicated in the sketch. 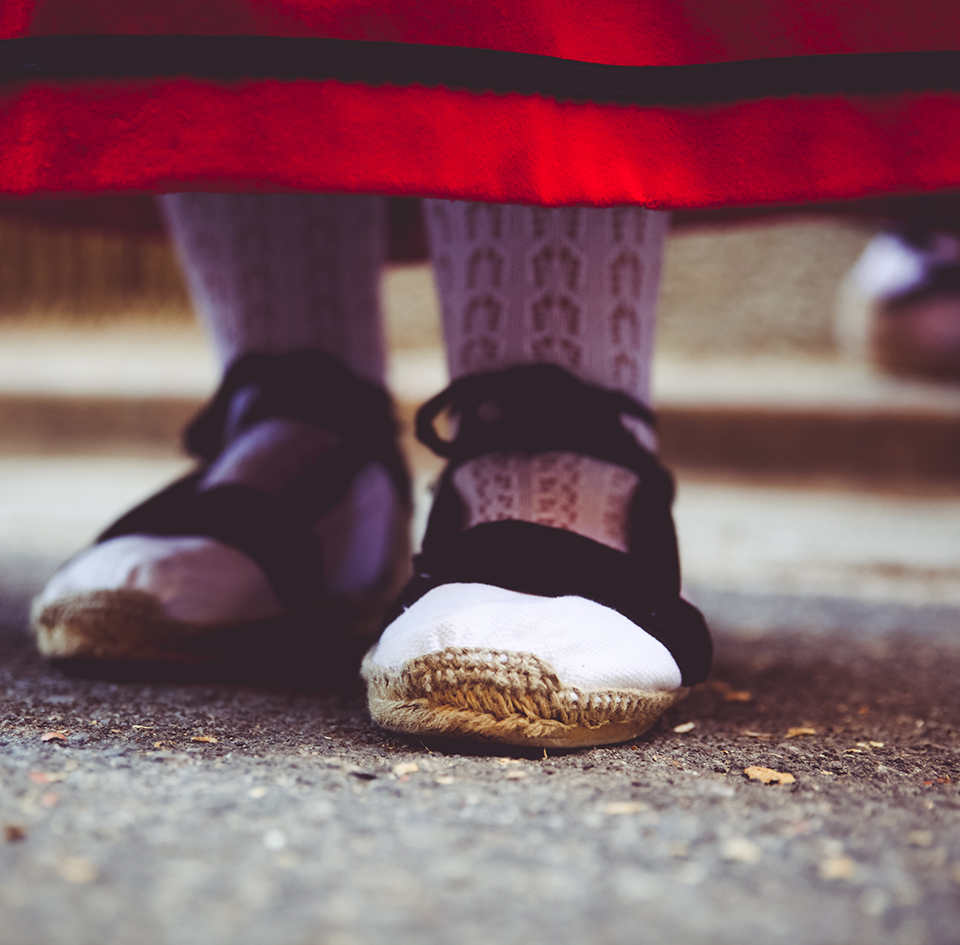 1. Sant Antoni: Main celebration of winter
Date: Third weekend of January. The first weekend locals go to the mountains to find the trunks and they enter in the town. The second weekend, pumpkin pies are made.

Sant Blai: A mass is celebrated and a traditional festive procession known as Ronda is done in the town center.
Date: Arround the 3rd of February.

Easter: Procession to the Calvary on Holy Wednesday. The celebration of the Cross and Holy Hour comprise other acts these days. On Friday, the procession of the Holy Burial is celebrated. On Sunday, the procession of La Trobada, when two delegations that leave the church through 2 different doors represent the meeting between the Virgin and Christ.

La Pasqua del Llosar: Procession to the shrine of El Llosar, a mass and a popular brunch with pastries and milk. Then the procession returns to the village.

The Corpus: A procession through the old town. It includes the “Altarets” tables decorated with flowers where children throw petals on the image of Christ.

Cor de Jesús. The Brotherhood of the Heart of Jesus organises the Sunday procession the following day.

Sant Cristòfol: Patron Saint of drivers with dancing and food.
Date: July
Sant Roc: the most participatory moment of the year, with numerous popular and cultural events for all ages.
Date: August
Festivities of Nostra Senyora del Llosar: Festivities focused on the visit to the hermitage of El Llosar. It is a day of procession, mass, popular gathering, musical concert and dancing the popular Ball Pla at night. The days before, there are bulls and dances.
Date: 8th of September

The fair of la Magdalena is one of the main events during summer in Vilafranca. Hundreds of exhibitors of livestock, machinery and commercial services gather thousands of people in the town.

High season (from the 15th of June to the 11th of September approx.):

Low season (from 16th of September until the 14th of June approx.):